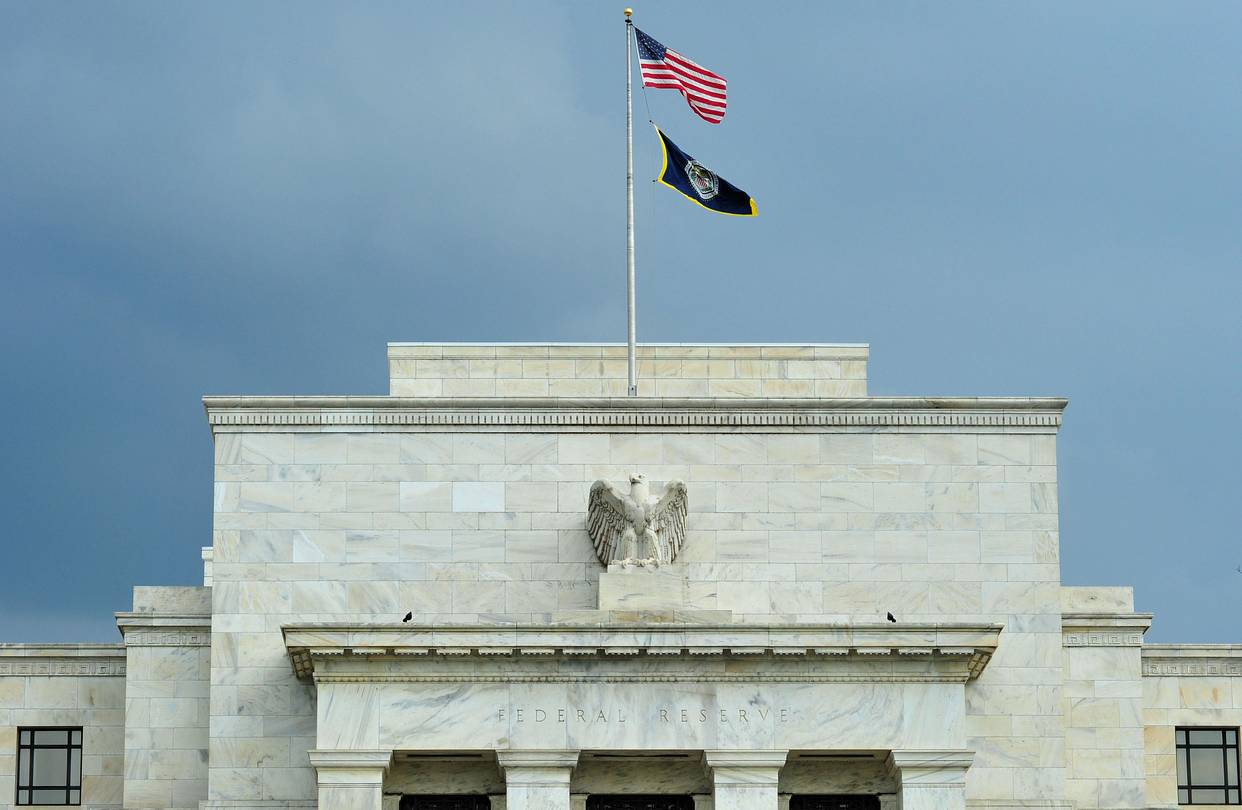 The Federal Reserve appears closer than it has been all year to raising its benchmark interest rate. Above, the Fed building in Washington. PHOTO: KAREN BLEIER/AGENCE FRANCE-PRESSE/GETTY IMAGES
Story Courtesy, WSJ
By
KATE DAVIDSON

The Fed’s postmeeting policy statement pointed to signs that inflation is firming, an indication officials are prepared to raise rates in the weeks ahead. It also included a subtle suggestion that the bar to raising rates for the first time in a year is low, saying it only needed “some further evidence” of economic progress before moving.

Officials have left rates unchanged since December amid worries about a range of risks, including slow U.S. economic growth early in the year, weak jobs growth in May, the U.K.’s Brexit vote in June and uncertainties about the U.S. presidential election on Nov. 8.

They now appear closer than they have been all year to nudging up their benchmark federal-funds rate from its current range between 0.25% and 0.5%.

Officials said inflation “has increased somewhat since earlier this year,” and noted that market-based measures of inflation compensation “have moved up but remain low.” They also deleted an earlier reference to inflation remaining low “in the near term.”

Taken altogether, the Fed’s assessment shows little alarm that inflation is taking off, but suggests officials are becoming more confident that it is moving toward their 2% goal, which helps to set the stage for a rate increase.

“The committee judges that the case for an increase in the federal funds rate has continued to strengthen but decided, for the time being, to wait for some further evidence of continued progress toward its objectives,” the Fed said after its two-day meeting.

That statement was similar to a line they included in the September statement, but added the word “some” to their judgment of how much more evidence they need to see before moving. The inclusion of the word suggests they don’t need to see a lot of evidence before raising rates.

They included a similar use of the word “some” in the statement following their July 2015 meeting, when they said they were laying the groundwork for last year’s rate increase.

The Fed’s policy committee voted 8-2 to leave rates unchanged. Kansas City Fed President Esther George and Cleveland Fed President Loretta Mester cast dissenting votes Wednesday, saying the Fed should have raised rates a quarter point. This marks the fifth dissent this year for Ms. George and the second for Ms. Mester, both of whom wanted to raise rates.

Though it has only been six weeks since the Fed’s last meeting, economic data received since then suggests the labor market has continued to improve and overall economic growth is rebounding after a weak first half of the year.

The personal-consumption expenditures price index, the Fed’s preferred inflation gauge, showed prices excluding the volatile food and energy categories had risen 1.7% over the past 12 months in September, modestly higher than earlier in the year.

Employers added 156,000 jobs in September and the unemployment rate rose a tenth of a percentage point to 5%, as the share of Americans working or seeking jobs continue to edge up, the Labor Department said last month. The Commerce Department said Friday the economy grew at a 2.9% annual rate in the third quarter, up from 1.4% in the second quarter.

Consumer confidence dipped last month after soaring over the summer, and consumer spending remained on track. Business investment, while still modest, picked up in the third quarter.

The decision to hold off on raising rates will come as little surprise to investors, who have been skeptical the Fed would move rates up just one week before the election. Markets put a 7% probability on a rate increase Wednesday before the Fed statement was released, while they put the odds of a December increase at nearly 74%, according to CME Group.

Fed officials in recent weeks have raised concerns about the potential turbulence that could stem from the election’s outcome, flagging it as a possible reason for holding off on a rate increase for just one more meeting.

“I don’t think elections and politics should play a significant role,” said Boston Fed President Eric Rosengren, who wanted to raise rates at the central bank’s September meeting. “That being said, a delay of one meeting, in no econometric model does that make an economic difference.”

Most officials have indicated they still expect to raise rates before the end of the year, leaving the Dec. 13-14 meeting as their final scheduled opportunity to move in 2016.

“I think if the economy continues to evolve along the path we expect, I’d expect we’ll be raising interest rates relatively soon,” New York Fed President William Dudley said in an Oct. 14 interview with The Wall Street Journal. “I would expect this year.”

Officials have also emphasized they intend to proceed gradually with further interest-rate increases.