Posted at 12:03h in Business by Stephen 0 Comments
0 Likes 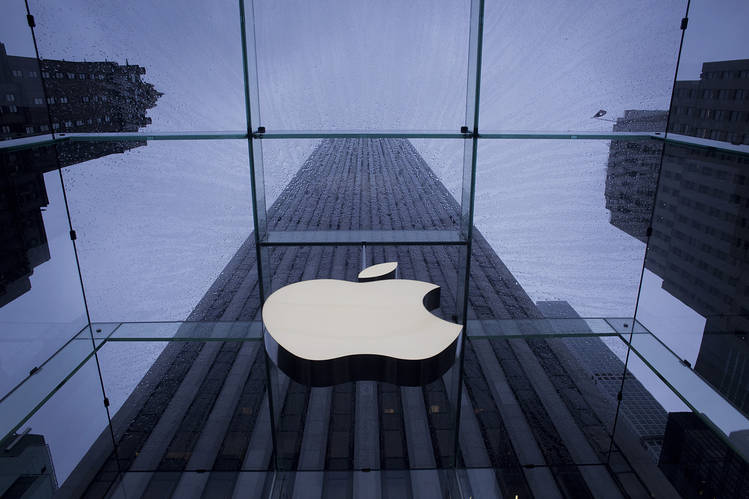 The Apple logo at the entrance to a store in New York. PHOTO: BLOOMBERG NEWS

NATALIA DROZDIAK in Brussels and
SAM SCHECHNER in Paris

The European Union’s antitrust regulator demanded that Ireland recoup roughly €13 billion ($14.5 billion) in taxes from Apple Inc.after ruling that a deal with Dublin allowed the company to avoid almost all corporate tax across the entire bloc for more than a decade—a move that could intensify a feud between the EU and the U.S. over the bloc’s tax probes into American companies.

The tax payment is the highest ever demanded under the EU’s longstanding state-aid rules that forbid companies from gaining advantages over its competitors because of government help.

In a statement Tuesday, Apple said it would appeal the decision adding that it “follows the law and pays all of the taxes we owe wherever we operate.”

Irish Finance Minister Michael Noonan said “I disagree profoundly with the Commission’s decision,” adding that the country would appeal the decision in order “to defend the integrity of our tax system.”

The European Commission said the tax arrangements Ireland offered Apple in 1991 and 2007 allowed the company to pay around 1% to almost zero tax on its European profits for more than 10 years, between 2003 and 2014.

“The commission’s investigation concluded that Ireland granted illegal tax benefits to Apple, which enabled it to pay substantially less tax than other businesses over many years,” said European antitrust commissioner Margrethe Vestager.

Shares in Apple fell more than 2% in premarket trading in Europe shortly after the decision was announced.

The U.S. Treasury Department has sharply criticized the EU’s tax investigations, arguing that the bloc unfairly targets American companies and is inconsistent with international tax norms.

On Tuesday, a spokesperson said the Treasury Department was disappointed with the commission’s decision and reiterated that “retroactive tax assessments by the commission are unfair, contrary to well-established legal principles, and call into question the tax rules of individual Member States.”

The White House has previously accused the EU of angling to tax income the bloc doesn’t have a right to tax. Ireland needs to ensure Apple returns the money, regardless of which entity it comes from—including its offshore holding company that is used as a mechanism for deferring U.S. taxes.

Ms. Vestager said the amount Ireland needs to recover could be reduced if U.S. authorities required Apple to pay larger amounts on its profits.

European companies, including Fiat Chrysler Automobiles NV, have also entered the commission’s firing line over their tax deals with EU governments. But the Apple case dwarfs the Fiat case, where the company was only required to pay back as much as €30 million in taxes.

The commission also continues to investigate Amazon.com Inc. and McDonald’s Corp. over their tax arrangements in Luxembourg.